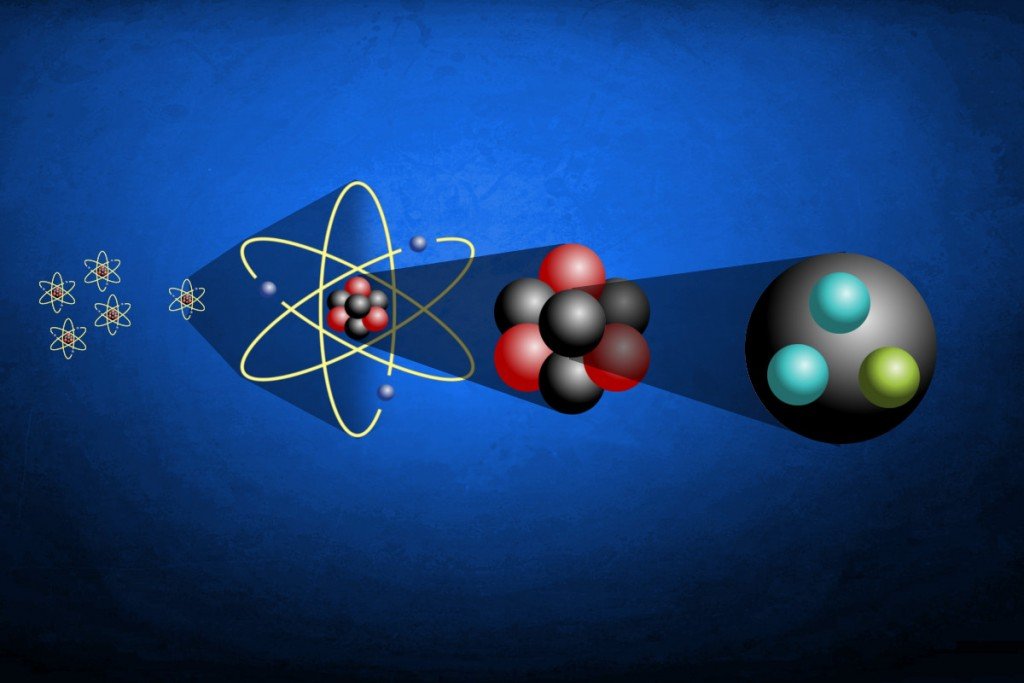 For any person familiar with particle physics or physics in general, the word “quark” should sound familiar. Derived from Irish writer Jame Joyce’s “Finnegan’s Wake”, this term was first used by physicist Murray Gell Mann to name what he believed to be the smallest existing particles. But what exactly are quarks, and why are they so important in our understanding of the world and universe?

Physics is an ever changing and developing branch of science, encompassing new discoveries every day, challenging the way in which we view everything which surrounds us. It was in ancient Greece that the idea of small and indivisible particles that made up matter originated. From the 18th century onwards, the area of particle physics rapidly established itself following the discoveries of the atom, the proton, the electron and the neutron, and it was the 20th century that saw the birth of what are now considered to be the elementary particles, containing the elementary fermions and the elementary bosons. Quarks are found within the fermion group and they are the principal components of, for example, the protons and neutrons.

But delving right into the science of these foundations of matter, quarks are said to be divided into “flavours”. There are six flavours corresponding to the quarks: up, down, strange, charm, top and bottom. The characteristics of these flavours are the spin, the charge, the baryon number and the mass, which spans a very large range -although the latter has no exact value due to the fact that measuring the mass of a quark cannot be done in a direct way, as quarks are always found confined within subatomic particles. No isolated quark has yet been observed. Quarks combine to form particles (any combination is possible) but they are always confined, giving rise to the “Theory of Quark Confinement.”

Lastly, quarks have “colours”, the term used to refer to the quantum number associated with them. The properties of these colours are such that they can be compared to the properties visible light entails. Physicists have used the visible colours to explain the behaviour of these quantum numbers, the reason why the three colour values any one quark can have are green (G), red (R) and blue (B). The resultant force between the quarks makes white the only colour produced. Quantum chromodynamics is the area of physics that deals with these observations.

The discovery of the quark brought about a better understanding of the build up of particles, and simplified the model of the bigger particles such as the proton, which was believed to be composed of a large number of unknown particles. With this discovered, we now know that the aforementioned particle consists of a specific combination of three quarks. To give an example, a proton consists of two up quarks and one down quark, creating an overall net charge of +1 -the charge commonly associated with the proton. Quarks and their antiparticles (anti quarks) are considered to be the only particles in nature that strongly interact through the four of the fundamental forces. Quarks now allow physicists to understand the various phenomena and structures in terms of these particles. Beta decay ( β-) is one of the phenomena explained through the change in the flavour of quarks of the neutron. It has also been proved that this mutation is triggered by the weak nuclear force and not the strong nuclear force.

Therefore, it is possible to see how big of a role quarks have in our knowledge of physics and in the understanding of the world and the universe. From the ancient developments right up to modern times, the identification of quarks solved some of the greatest puzzles of science. However, the story continues: there are still many unanswered questions and many missing jigsaw pieces to solidify our knowledge of the most elementary particles -quarks.

“Quarks, Is That All There Is?” Lumen Learning, Press Books, courses.lumenlearning.com/physics/chapter/33-5-quarks-is-that-all-there-is/.